Cheltenham Rustlers Baseball Club is based in Melbourne, Australia, and in terms of players and club members, we are one of the largest baseball clubs in the country.

Cheltenham is an inclusive family-oriented club which supports a range of teams in both summer and winter competition with teams ranging from teeball juniors aged under 8, right through to division 1 seniors.

There are 2 seasons in Victorian baseball: summer (Oct-Mar) and winter (Apr-Sept). Cheltenham BC operates as one overall club, but is run by a separate committee for each season, overseen by a Board of Management.

The state-wide summer season is run by Baseball Victoria and goes from October to March.

The club runs teams in juniors (Teeball, Under 12, Under 14, Under 16 and Under 18) and Seniors (various levels starting with elite-level 1sts through to more social 4th grade teams). We also have a Masters team for the over 38s and a Women’s team. 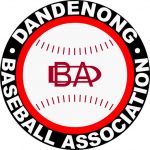 Winter baseball is organised into independent regional or provincial leagues. Cheltenham competes in the Dandenong Baseball Association in winter season which runs from April through to September.

The club runs teams in juniors (under 12, under 14, under 16 and under 18) and seniors (various levels starting with A grade 1sts through to lower grade teams).