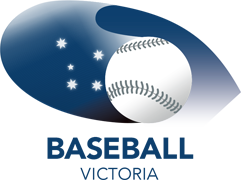 Cheltenham Rustlers compete in the state-wide summer season run by Baseball Victoria from October through to March. This is also called the Summer League.

Summer competition involves playing teams from a wide range of locations (from Pakenham to Geelong) and can therefore involve a bit of travel.

The club runs teams in Juniors (Teeball, Under 12, Under 14, Under 16 and Under 18) and Seniors at various levels, starting with elite-level 1sts through to more social 4th, 5th grade teams, two Women’s teams and Masters (old blokes).

The club runs junior teams in both Sunday competition and Friday Night competition in summer.

Junior Sunday baseball is played among a wide range of club teams in Major and Minor League levels and is considered a representative form of the game.

Friday Night baseball is largely a domestic run competition (ie. within Cheltenham BC and some neighbouring clubs) run at under 12 and 14 levels only, and is a more relaxed competition with the emphasis on fun and participation. These games are often played at Cheltenham on a Friday evening at around 6.30pm.

Summer competition runs mostly on Sundays; with games starting at 1pm and 3.30pm.

We always welcome new players and families; email cheltenhamrustlersbc@gmail.com for more information or go to the Fees and Registration page.