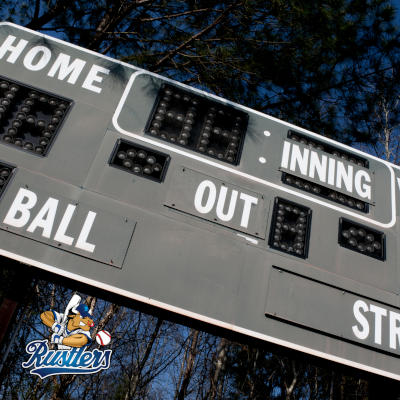 Looking to head into the bye round on a positive we ventured down to dingo territory for a win.

Max Barrett got his first start in the ones after some solid performances in the twos and didn’t disappoint. For 6 inns he controlled the opposition with ease, pounding the strike zone, backed up by his field recording outs at ease.

As a coach the hardest thing is knowing when to make the change of pitcher. Do I go with gut feeling or do I stay due to the pitcher saying i’m good. Well this situation came up in the 5th inn with Max in a jam and Declan ready to go.

I ventured out to the mound to take the ball, in return Max tells me he’s got this. I go against my brain and leave Max to finish the job with a K and a ground ball.

Declan took over in the 7th and shut Dingley bats down. In the 8th Declan got in some trouble and I was faced with the same dilemma I had with Max – this time I made the change and brought Brandon Stenthouse in to finish the inns.

In the bottom of the 9th with the score 4-3, tying run on third, winning run on 2nd, Brandon withstood the pressure to strike the last batter out.

Even though it was not our best day with the bats we still had some excellent performers – Josh Ashen had a great day bat & ball, was excellent in the filed at SS and recorded 2 hits. Brandon Stenhouse had a couple of timely hits to record 3 RBIs and pitched well in relief..

The game was a solid team performance but one player stood out and that was Max Barrett. His control was the best I’ve seen from him for 18 months.

We now have 2 weeks off with the bye round then Queens birthday long weekend. Enjoy the break but we have set ourselves up to be really strong for the remainder of the season so come back ready to go.

2s went down in a heart breaker in a back and forth high quality sluggest. All pitchers working with runners on base consistently with Dingley eventually scoring the final blow in walk off fashion.

Jack Ogilvie battled through 4 2/3 innings without his best stuff and a couple of weeks off will no doubt do wonders to freshen up his arm from being overused out of necessity so far this season.

Rhys Fairweather came on in relief for an inning before we turned it over to the returning Russell Ferguson to try and close out the game. Which was certainly a lot to ask from a player in his first game back. Russ Pitched out of a big jam in the 5th before IMO getting squeezed around the zone and pitching without a lot of luck up until a single snuck up the middle with 2 out to score the winning run.

Putting up another 8 runs offensively was a good showing. Tom Ogilvie scored from first on a double from Russell Ferguson that highlights the formers clear up tick in athleticism and enthusiasm this season. I mean he did almost keel over half way to home but we’ll pretend we didn’t notice.

My Favorite Player™ trotted lazily into 2nd on a 2RBI double to the fence and spent the rest of the game getting eaten alive by anything hit in his direction at the hot corner which highlights the clear down turn in athleticism and enthusiasm from him this year.

Another loss that stings, but this time in a red hot game of baseball against one of the better sides in the comp.

Cheltenham took on Pakenham in a 2V3 clash and played a decent game with pitching duties going to the ever reliable Pat O’neil throwing 3 or 4 and Adrian Feilden reliving throwing 3 innings.

Pat threw quiet well giving up 4, probably should have been 2 but with some lucky hits and a few errors in the field it did not make it easy, Adrian came on and completely shut them down.

Batting for the day was good but couldn’t string hits together, and I think on a different day a different result will occur.

Thanks to Jonno for coaching as i was stuck umpiring.

We still sit 3rd and have Berwick in Berwick this week, but seeing the rain fall this week already I am doubtful a game will happen, with their ground not dealing with rain very well.

C2’s bats came to play this week with a dominant display of C2 baseball. Defensively we started with Cooper on the mound who pitched great until tiring in the 4th.

Fielding was great with ground balls and fly balls all resulting in outs. Big Dog Ashen relieved and closed out the game with his usual stuff. Offensively we smashed the ball. 3 hits each to Darcy, Heath & Damon, 2 hits each to Russ, Kouch and single hits to Blake, Cooper, Mike Phillips and Daz. Team batting saw walks to Blake (3), Cooper (2) and Daz (2).

It was great to see Kouch and Mike play for the first time this season with Mike coming off a rather late night.

The win puts us in the top 4. Thanks to Brent for umpire and Pia for scoring. It makes my day a lot easier with your support.

The u16’s took on Frankston this past weekend and things did not go as planned, copping a 20-3 loss to the flag favourites. Whilst the rain held off, the Frankston onslaught did not hold off, piling on runs each innings to put the game safely away in the early stages.

Although Chelt didn’t come away with any points, we did however learn a lot from this game. It can be tough to take many positives way from a significant loss but the boys were able to face some good pitching and were forced to get hits rather than walk. This game taught us that we must be able to manufacture runs via hits, stolen bases and 2 strike hitting.

Despite the scoreline each pitcher held their own on the mound and threw strikes and forced contact. Blake Dunkley, Nathan Yong and Zach Dunkley did a great job throwing strikes for us in relief of our regular pitchers.

This is only our first loss of the year so we look forward to bigger and better things in coming weeks!

This week we hosted the Frankston Tomatoes. Josh Ashen started and pitched 3.2 strong innings, striking out 5 and giving up zero runs and only 1 hit. Kellan Hill relieved and pitched the closing 2 innings, giving up 3 hits. A couple of fielding errors and a couple of wild pitches allowed the 3 runs in.

Offensively we out hit Frankston 8 – 4 with Josh leading the way with a triple and a single. Cade had 2 singles, Mike Hill hit an angry double, and singles to Rhys, Sean and Kellan. Team batting by Tom Seddon, Shelby, Balin and Cooper all contributed with walks or moving our base runners around.

The win has cemented us in the top 4. Thanks to DJ for umpiring and Rosie for scoring.